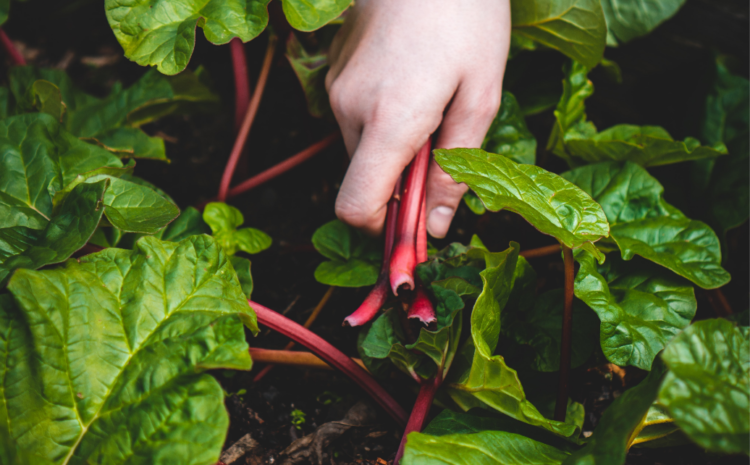 How might the procurement power of the Waterfront’s food sector improve food security for communities in the metropole and beyond?

How might restaurants and other food outlets be encouraged to support short supply-chain and local producers?

And finally, as “we are all farmers” – as the choices we make individually inform our food system – how might patrons of the Waterfront businesses be encouraged to be more demanding about provenance, and conscious of the socio-environmental impact of the choices they make?

With 80+ food outlets, the aggregated procurement spend across the Waterfront is potentially a game-changer for local producers. However, restaurants and other outlets have three major considerations when they choose their suppliers:

For these reasons, most prefer to deal with / procure through the five major supplier companies rather than individual producers – they offer economies of scale and cheaper industrial production; they are logistically superior; and with their own wide range of supplier options, they can be relied on to get orders fulfilled and timely.

These suppliers do not, however, necessarily have any commitment to the values defined in the food vision for the Waterfront.

And so in early 2021, mindful that the Food Cluster had emerged the concept of a Food Hub as a potential bridge between small-scale farmers and the Waterfront food ecosystem, the Waterfront conducted research regarding the potential demand for locally and ethically sourced produce*.

Are Food Outlets Interested In Rethinking Their Supply Chain?

As a desktop exercise, the research assessed 80 Waterfront eateries. Around half were eliminated from the study on factors like centralised franchise procurement or known affiliations. The others were evaluated through the metrics of:

This was a quick-and-dirty way of assessing restaurants’ positioning and priorities as indicative of likely willingness to take trouble to procure differently.

If the restaurant ticked none of the boxes, the assumption was there would be a low probability of purpose-driven procurement – a probability of 10% was assigned (10 eateries fell into this category).

If the restaurant ticked one box, the assumption is that they would more open – a probability of 20% was assigned (14 eateries).

If the restaurant ticked at least one box PLUS demonstrated an ethical vision, the assumption was they were the most likely to engage with the idea, and a probability of 40% was assigned (15 eateries).

What Are The Sticking Points For Food Outlets?

Overwhelmingly, the research validated what we know, which is that price is the primary procurement concern when choosing suppliers.

Suppliers echoed this when assessing their challenges: as an independent it is almost impossible to price competitively compared to commercial producers.

What it adds up to is this: small-scale farmers’ produce costs more. Using categories of common vegetables (carrots, tomatoes, green beans and leeks), the research showed that farmers’ market prices, were sometimes more than double those charged by commercial suppliers. Financial modeling indicated this could be brought down meaningfully, but even best-case scenarios put a premium of just over 30% on independent farmers’ produce.

Only the committed would pay a 30% premium. How, then, might one achieve that commitment – perhaps by raising awareness of the real cost – social and environmental – of “cheap” vegetables? How might we increase consumer demand for local, ethical and sustainable food, and through this also shift restaurants’ procurement priorities?

The research shows that consciousness is growing globally: while 46% of Baby Boomers would be willing to pay a premium for eco-friendly products, more than 60% of Millennials say they would – and, as they gain financial power, there Gen Z, who are currently lagging Millennials, are expected to overtake them.

This trend can be leveraged somewhat on the understanding that if those who can most easily afford to discriminate in favour of small-scale producers – in other words, wealthier consumers – can be encouraged to join the ranks of the committed, demand will grow and, over time, reduce the current price differential, and even nudge commercial producers into better practices.

The research suggested a number of interventions drawing from behavioural science which could be enlisted to shift behaviour. These include a badging system (“rewarding” businesses which sign up by bringing this to the attention of customers and, ideally, driving more conscious customers their way); information-sharing events designed to inspire in consumers a sense of connection to the deeper socio-environmental implications of their choices; and driving storytelling on social media platforms, also intended to connect consumers with the “we are all farmers” narrative.

The Food Hub: A Business Case

At the heart of achieving a viable alternative for Waterfront businesses is the idea of a Food Hub. A financial model was prepared as part of the research.

Demand is good: the potential market is worth almost R9m on current demand, growing to almost R20m by 2024; and potentially turning into a modest profit within about five years.

The ripple-effect socio-economic impact derives from the fact that small-scale farmers typically disburse input costs locally, compared to industrial farmer who disburse only ±10% locally. Analysis suggest a swing to small-scale amounts to an additional 44%-94% of economic activity, and about 30 more jobs.

There is also an environmental benefit: assuming a 35% swing to local procurement, there would be a 32% decline in greenhouse gas emissions (more labour-intensive practices and shorter supply chains), a 23% decrease in water contamination (fewer chemicals and lower run-off) and a 13% decrease in energy consumption.

At the time of writing, this Food Hub is being designed, and the prototype will be tested. Watch this space for details. Ultimately, the intention is that if success can be achieved, this creates a model that can be rolled out elsewhere, amplifying the benefit.