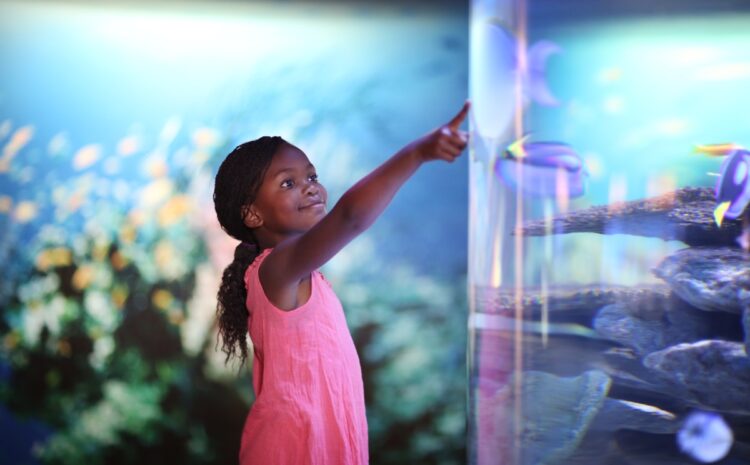 At the first Ocean Cluster session in June 2021, the focus was on the intersect between human activity and marine wildlife.

In 2021, the theme for World Oceans Day – The Ocean: Life and Livelihoods – explored how human activity impacts on life underneath our oceans, and how this in turn impacts on the millions who use the oceans to earn a living.

The United Nations estimates that by 2030, as many as 40 million people will be employed by ocean-based industries globally. But 90% of big fish populations have already been depleted and 50% of coral reefs have been destroyed. A radical change in behaviour is required.

[email protected] built on this theme for its first Ocean Cluster, looking at the intersection of human activity and ocean life as manifest in the V&A Waterfront. The critical questions that informed the dialogue were:

Seals, otters, whales and dolphins are among the marine mammals which regularly visit the Waterfront; fish and seabirds proliferate. The Marine Wildlife Management Programme, introduced to the Cluster by its coordinator, Brett Glasby of the Two Oceans Aquarium, is designed to create a buffer between human and wildlife users of the space.

No other working harbour in the world has a management programme that works in this way with marine wildlife to reduce conflict.

The inquisitive nature of seals means they frequently becoming entangled in human litter and fishing gear. In 2020 the programme disentangled 42 seals and responded to 178 wildlife call-outs for marine wildlife rescues and checks. A further 16 131 seal observations were logged, 2 883 hours were spent on marina patrols and 116 roofs were checked for birds.

Among the programme’s initiatives are two Seal Monitors, who patrol to ensure seals don’t settle on jetties used by humans, or make their way onto the yachts moored in the Marina (they are lured away by basking platforms, which make wonderful viewing for wildlife lovers).

How does one fish in a way that ensures ocean stewardship which creates jobs, ensures small-scale fisheries are thriving, and in which consumers are conscious and aware?

The ocean economy is the 7th largest economic sector globally. Fisheries play a critical role; and small-scale fisheries, which are primarily informal, contribute 50%-60% of the global catch. Small-scale fisheries thus directly account for the livelihoods of more than 60 million people.

They are, however, largely left out of sustainable development initiatives and movements. Abalobi, introduced to the Cluster by its MD Serge Raemakers, advocates for inclusion, and has developed technologies and a programme to facilitate this through direct connection between fisher and the buyer. It presents the opportunity for the buyer to engage in the who, what, where and when of their fish supply. At the same time, it is embedded in community enterprise and development: its goal is to create jobs, retain as much value as possible of the fish at community level, and develop a support framework for fisheries.

All of these dimensions sit within a data framework that allows Abalobi to better understand the fisheries and articulate what fishery building might entail.

“It is essential to look at sustainability as a journey,” Serge said. “The focus needs to be put on responsibility and provenance in local food systems. We believe small-scale fisheries can be – and are – our biggest allies towards ocean stewardship.”

Turtles are among the oldest species on the planet, dating back to the dinosaurs. Changing weather patterns lead to more turtles straying into cold currents where they go into thermal shock and are stranded on beaches. Many also become entangled in fishing nets, ingest plastic, have their habitats destroyed or are killed for their shells. Six of the seven turtle species are now endangered.

Although it has been rehabilitating turtles since its inception, the Two Oceans Aquarium has in recent years intentionally developed its Turtle Programme focused on rescuing, rehabilitating and releasing these turtles. Talitha Noble, Conservation Coordinator, introduced the programme.

What the Aquarium learns from caring for the turtles helps to inform global intelligence about sea health.

During “turtle season” (March to July), the Aquarium might receive anything from 20 to 200 turtles.

Much of this is thanks to the more than 500-strong volunteer Turtle Rescue Network, which covers the coastline of the Western Cape. The Programme has, however, partnered with Bayworld (Eastern Cape) and Ushaka Marine World (KwaZulu-Natal) to extend its reach and coverage.

Rescued turtles usually start off in the Aquarium’s “turtle ICU” where some require X-rays, CT scans and surgeries. Autopsies on those that sadly don’t make it enable marine biologists to better understand the species.

The Programme collaborates with turtle experts and veterinarians nationally and internationally to ensure the best care possible. The goal – to release these turtles back into the ocean – can occur anywhere between 6-9 months for hatchlings. For bigger turtles stranded for other reasons, release can occur anywhere from a few months to years. Some turtles spend decades in the special rehabilitation programme before they can safely be released.

At the time of the Cluster session, the Aquarium was caring for 48 loggerhead turtle hatchlings. Its biggest resident, Bob, was receiving ongoing “occupational therapy”; and Harry, who can be seen in the Aquarium’s big tank, was in the last stage of the rehabilitation programme.

There is a good overview here of the Turtle programme here.

In breakaway groups, lively discussions explored the overarching questions of what could additionally be developed and tested in the Waterfront to make a measurable difference.

There was a strong theme of education and awareness: the better the general understanding is of the consequences of our actions, the better humankind would manage its areas of intersect with marine wildlife.

Another theme related to responsiveness: how might rescue and support bodies be informed of need more quickly and more comprehensively?

The final theme related to the need for innovation. One of SOLVE’s partners in its work, Ocean Hub Africa, is an accelerator of innovative impact-driven start-ups for ocean-minded businesses, such as Inseco which was also represented in the Cluster panel. SOLVE continues to collaborate with them.

Specific projects will flow from these three themes, and will be reported here in time.